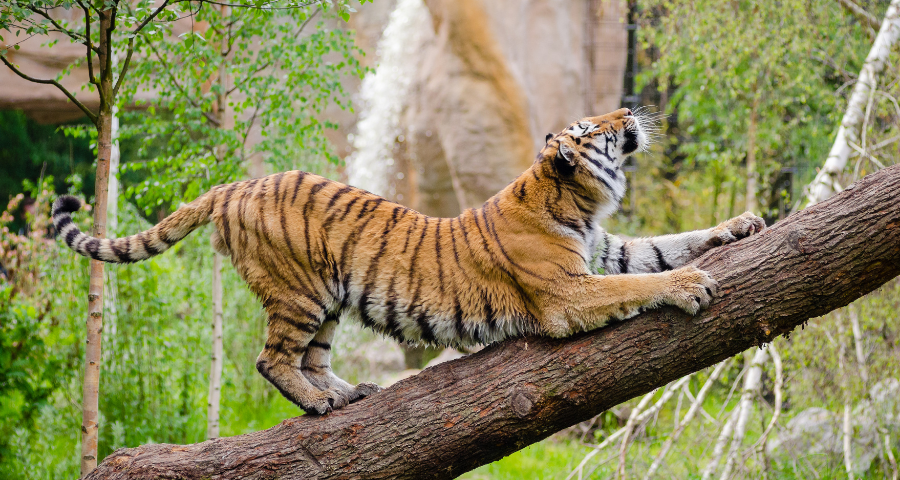 Zoos are an opportunity to observe rare species that most of us would only get to see on our television screens. They are important for protecting species and through their breeding programs will look to prevent certain species from becoming extinct. This article will look at some of the most famous zoos around the world that we might like to include in our travel plans.

The most famous zoo in the world is thought to be San Diego Zoo. It was founded in 1916 and houses over 3,500 animals, featuring 650 different species. It has frequently received awards as one of the world’s best zoos. Located in Balboa Park, it was one of the first zoos to feature open-air exhibits where there were no cages. No wonder so many people to go Tripster to grab their tickets, with so much on offer at this location.

The zoo is famed for its conservation efforts and endangered species breeding programs. Their department of Conservation and Research for Endangered Species will, for instance, research giant pandas, clouded leopards, tree kangaroos, meerkats, Tasmanian devils, and gavials. Gavials, in case you are wondering, are a type of Asian crocodile that is distinguishable by its long, thin snout.

In 1847, London Zoo opened to the general public to aid funding. As the world’s oldest scientific zoo, it was first opened in April 1828, housing species such as orangutans, Arabain Oryx, and greater kudus. It also housed the thylacine and quagga, which are now extinct. In 1853, London Zoo built the world’s first public aquarium, although it no longer has a dedicated one. Since these early days, London Zoo has amassed 16,000 animals over its 36-acre site. This makes it one of the world’s biggest zoos.

Ming and three other giant pandas arrived at the zoo in 1938. The giant panda Chi-Chi would become the star attraction for the zoo. These days this particular giant panda can be found as a stuffed exhibit at the Natural History Museum in London.

If you are looking to see a giant panda in the UK, Edinburgh Zoo is home to the only ones in this part of the world. They have a female giant panda called Tian Tian (Sweetie) and a male one named Yang Guang (Sunshine). They are housed in separate enclosures as they are solitary animals. They will meet once every year for the breeding season.

Located in New York City, the Bronx Zoo is the largest of the world’s zoos. It houses 4000 different species of animals within its boundaries. It is renowned the world over for its award-winning exhibitions and its large and diverse collection. It consists of four zoos and an aquarium that are all managed by the Wildlife Conservation Society.

Chester is famous for being the first zoo in the UK to successfully breed Asian elephants in captivity. Born in 1977, the year of the Queen’s Jubilee, one of them was aptly named “Jubilee”. It lived until 2003. At the time of writing, the zoo had a herd consisting of six elephants, made up of two males and four females.

On just a 5-acre site, The Charles Paddock Zoo is the world’s smallest zoo. It is defined as a community zoo and located in the City of Atascadero, San Luis Obispo County, California.

In conclusion, the UK and USA all have must-see zoos that would be worthy of any travel list, if you are looking to see exotic species. There is much to see for the sightseer or zoologist looking to broaden their knowledge.

The Best Experiences People Can Have in Paris, France

The Many Monuments and Memorials You Can Visit Around the World

Activities You Can Enjoy While Traveling The World